Hello, my nom de blog is Maphead and you might know me from my book blog Maphead's Book Blog. Over the last several years Helen, one of my favorite book bloggers, has hosted the Middle East Reading Challenge. Not only has her reading challenge been a fun and intellectually-stimulating activity, but in light of 2011′s Arab Spring and recent events in Libya and Syria it's served as a fantastic opportunity for readers to gain a deeper understanding of people and forces which are reshaping one of the world’s most volatile and dynamic regions. When Helen announced she was stepping down from being the challenge's host and suggested that I take her place at first I was reluctant. While I’ve been book blogging for several years, I’ve never hosted a challenge. However, to see the Middle East Reading Challenge vanish into the ether would be a huge loss. Therefore, after thinking it over I’ve decided to accept her offer and host the 2013 Middle East Reading Challenge. Below are all the details. By the way, since Kinna did such a fine job in creating her Africa Reading Challenge, I've decided to use hers as a template. In other words, I ripped her off! Thanks Kinna!

Referred by many nowadays as the "Greater Middle East" or "MENA" (Middle East/North Africa), our challenge will focus on the North African nations of Algeria, Morocco, Tunisia, Libya and Egypt; the Levantine nations of Jordan, Syria, Lebanon, Israel, Jordan and the Palestinian Territories; all the nations within, bordering or relatively close proximity to the Arabian Peninsula including Iran, Iraq, Kuwait and the Gulf Emirates.

Sometimes  it can be fun to strive towards a particular reading level. Therefore, I've come up with a few in hopes of inspiring folks.


Keep in mind the most important thing is to have fun and explore the Greater Middle East through books. If you are interested, why not sign up? Just post a link to your blog. If you feel inclined, let us know in the comments field which reading level strikes your fancy. When the time comes, post your reviews on this page. If you don't have blog, leave a comment or two in this blog's comment field and if possible, let us know if you've chosen a reading level. Feel free to also let us know if there's any particular books and/or authors you are looking forward to reading. Good luck and have fun! 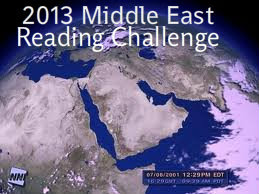 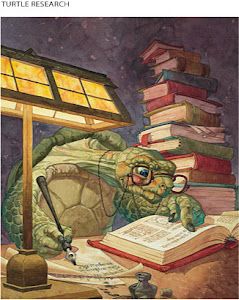 A service of Maphead's Book Blog